Back to Mission Improvable Page 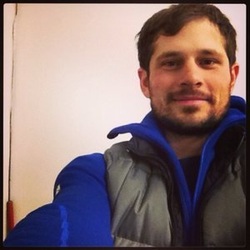 Brandin Steffensen makes dances that engage the dance artist's choreographed and spontaneous bodies. He is concerned with layering practices to create compelling ensemble and framing the work so its qualities are legible in a performance environment. His Pentamodes are dances based on archetypical modes of relationship and have been presented at the New Museum, Dance Theater Workshop, La MaMa, and The Tank, among others. His work with Deborah Hay and the lovely Keely Garfield plays in his head as he collaborates with Nancy Stark Smith to present her Underscore. He dances with Liz Gerring and reads about n-dimensional space and the properties of the physical universe that allow us to communicate using subatomic particles.  He discovered Nancy Stark Smith’s Underscore in 2007 and was her assistant at Bates Dance Festival in 2009. Brandin founded Underscore NYC with Jesse Johnson in fall of 2009 in order to establish a regular practice available to the New York City dance community. 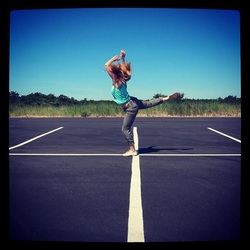 Zena Bibler creates dance structures that use the moving body as a means of experiencing diverse environments, phenomena, and modes of being. She is co-founder of the Movement Party and Fleet Moves Dance Festival with Katie Schetlick and has created dance structures for NADA Hudson, Lublin International Dance Theatre Festival, Museum Perron Oost, Moviehouse Brooklyn, Women in Motion, and Yale University. As a performing artist, she has danced in parks, ponds, museums, convents, gutters, steamships, stages, and city streets with Brandin Steffensen, Anne Zuerner, Athena Kokoronis, Willi Dorner, Steve Paxton, Mariangela Lopez, Davide Balula, Alexx Shilling and the Movement Party. She holds an MA in Performance Studies from New York University with a focus on dance and site-responsive composition, and a BA in History from Yale University.
Powered by